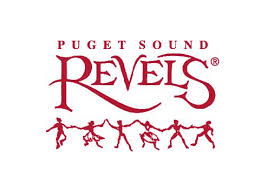 Building community through traditions of song, dance, and story

Puget Sound Revels (incorporated in 1992) produced its first show in May of 1993, a Spring Revels at the Scottish Rite Temple in Seattle, followed by a Sea Revels at the same location in May 1994. In December of 1994, we presented our first Christmas Revels at the Rialto Theater in Tacoma and have presented The Christmas Revels every year since.
Throughout the year we offer sings, house concerts, salons, outdoor celebrations, workshops and more.  In December at Tacoma's Rialto Theater, we present The Christmas Revels, a fully-staged theatrical production for all ages that intentionally blends professionals and amateurs, children and adults, audience and players, high art and folk idiom. It is full of singing, dancing, and storytelling - beauty, mystery, and hilarity. The production draws large audiences from all over the Pacific Northwest and beyond.
Christmas Revels audiences expect a similar experience from year to year. Our challenge is to create that experience while each year setting the production in a different time and place (e.g. Welsh, Italian Renaissance, Galician, Nordic, Celtic, American, Victorian, Mediaeval, etc).
​
Although the time, place, and story arc change annually, the theme is always the winter solstice theme of light and dark. For millennia, communities have tracked the sun to know when to plant and harvest and to know when to expect the dwindling of life and light. The need to track this cycle bound communities together and produced countless cultural traditions, many of which reassure that the solstice marks the turning point toward renewal and regeneration...the "promise that lies in the sleeping land."
Some elements in the productions remain constant from year to year, whatever the setting: the Abbots Bromley Horn Dance; the Shortest Day poem by Susan Cooper; the Lord of the Dance to end the first act (dancing in the aisles!); a hilarious mummers play (or other folk play depending on the culture and time, perhaps commedia or an English panto - always funny, often dragons are involved); and the Sussex Mummers Carol with brass and timpani and glorious descant to end the performance.
Join our email list 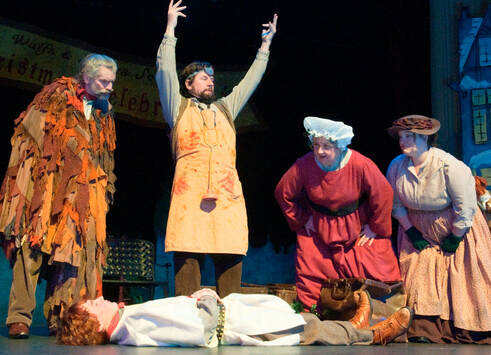 Revels Across The Country

We license the Revels name and logo from Revels, Inc. in Watertown, MA (founded in 1971). Including Puget Sound Revels, there are nine active Revels companies throughout the country. Each Revels group has its own non-profit status, and is contractually and artistically affiliated with Revels, Inc. Since the first production of The Christmas Revels, nearly two million people have enjoyed a live Revels performance.
Map of Revels
Support Us